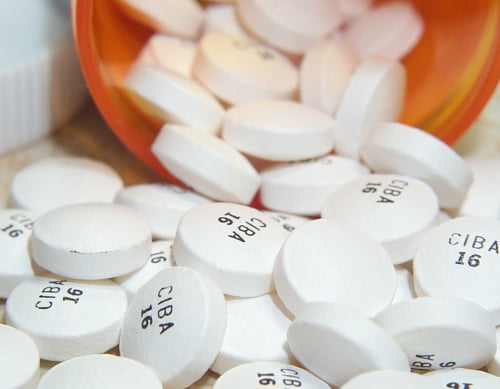 During the decades of very rigorous sanctions brought by the United States, Cuba has managed to develop one of the biggest machineries for drug research and development. Due to the embargo, Cuba was practically forced to invest a substantial amount of funds into the medical research, in order to address the issue of the overall health of the population. Today, Cuba possesses a strong and sophisticated system for the production of state-of-art medicinal products. A large biotech and pharmaceutical group called BioCubaFarma gathers over 30 enterprises that are focused on investigating, developing and producing high-quality medicinal products intended for supplying domestic and international markets. Cuba currently markets the products 49 countries worldwide. A very resilient approach of Cuban experts in the field of drug research and development provides impressive results and continues to surprise the international scientific community with innovations and ideas.

Vaccination represents one of the public health medical interventions that has shown tremendous benefits in prevention, eradication and significant reduction of incidence of severe and debilitating infectious diseases worldwide. Due to the significance of vaccination for the public health, several leading organizations in the field of vaccination including the World Health Organization (WHO), Global Alliance for Vaccines and Immunization (GAVI) and the United Nations Children’s Fund (UNICEF) developed strategies to increase the immunization rate worldwide and disseminate the new technologies in the field of vaccination globally. All three organizations advocated for the research and development of polyvalent vaccines covering multiple diseases in order to make the process of vaccination more simplified and to cover more pathogens with only a single vaccine administration. In order to respond to the recommendations given by the leading organizations in the field of immunization, Cuba started with the challenging research and development program of vaccines.

Trivac HB is a polyvalent (combined) vaccine containing diphtheria anatoxin, tetanus anatoxin, B. pertussis whole cells and hepatitis B surface antigen. It provides protection against all the above-mentioned pathogens and represents the second ever produced tetravalent vaccine worldwide. Several years of sophisticated research regarding vaccine formulation, potency, safety and tolerability resulted in the successful registration of this medicinal product in 2004. Since then, Trivac HB has been successfully administered in children for the purposes of prevention of the aforementioned infections. This vaccine represents a state-of-art medicinal product due to several reasons. The tetravalent formulation allows the protection against the multiple pathogens, decreasing the need for multiple vaccinations resulting in the better acceptance of the immunization program both by the families and the sanitary personnel.

A careful process of selection of each component’s formulation resulted in inadequate protection in 97% of tested children, which is an impressive result. Safety of the vaccine was vigilantly monitored during the clinical trial process in each child. Less than half of the children experienced an adverse effect following administration of the vaccine. All reactions were mild in nature, with reversible fever being one of the most frequently reported systemic side effects. The vaccine was very well tolerated in children and the overall safety profile of the vaccine was assessed as non-toxic. Administration of the vaccine resulted in the production of high concentrations of antibodies against each pathogen conferring the high protection to the immunized children.

Haemophilus influenzae type b represented one of the main causes of severe bacterial meningitis in plenty of the countries worldwide until the introduction of a vaccine against this pathogen. The vaccine production includes the expensive process of extracting the capsular antigen prior to conjugation. Cuba has made an effort to develop a less costly method of vaccine production that would keep the vaccine potency. Cuban experts proposed the model of production of a synthetic bacterial antigen that would exhibit the same efficacy and would have an acceptable safety profile.

The safety, tolerability and preliminary efficacy of Quimi-Hib were investigated in two major Phase I clinical trials that were double-blinded and randomized in order to produce the highest level of evidence for obtained results. Populations investigated were adults and children (4-5 years old). Studies were conducted on healthy volunteers. The primary endpoints were safety and tolerability of the vaccine. The occurrence of local and systemic adverse events was monitored following the administration of the vaccine during 72h post-administration. The safety profile of the vaccine included the anticipated risks that were mild to moderate in nature and completely reversible. Vaccine efficacy was monitored using the contemporary methods of immunology for the screening of vaccine immunogenicity. The results obtained demonstrated high immunogenicity of the vaccine, meaning that the efficacy of the Quimi-Hib was comparable and equivalent to the traditional vaccine. With this vaccine, Cuba has successfully resolved the issue of high complexity and costs that was the main issue of the traditional vaccine. Quimi-Hib represents the innovative approach to vaccine development. Excellent results resulted in the registration of the vaccine in Cuba. This particular vaccine is now the part of the countries’ National Immunization Program.

The incidence of tick-born diseases is increasing worldwide in both humans and domestic animals. It has been estimated that approximately half of all ticks are Boophilus species. Therefore, an effective prevention of tick-borne diseases should target the control of infestation by this specific species. Cuba has developed an efficient method for the protection against tock-borne diseases, which directly resulted in significant reduction of tick-related infestations. This vaccine offers the cost-effective method for the prevention of tick-born diseases that is benevolent for the environment. The development of the so called Bm86 gut antigen, which is the active ingredient of the Gavac vaccine, has brought the feasible solution to control the tick infestations. The investment of knowledge, expertise, and funds to develop such a sophisticated method of prevention in Cuba will also contribute to further research and development of other molecular technologies towards the discovery of new methods for inhibition of tick infestation.

Heberviron was developed in Cuba for the treatment of hepatitis C infection. Not only that it has a significant cure rate, but it also exhibits a very good protection against the recurrence of the infection. The treatment duration when using Heberviron lasts for 7 days. This is quite important since the shortened treatment duration reduce the risk of serious side effects that may occur with the use of this drug. The combination of interferon and antiviral drug ribavirin as the active ingredients of Heberviron allow the better treatment outcomes and increase the success rate of treatment against the hepatitis C infection. Heberviron represents the state-of-art product of Cuban drug research and development.

Cuba has an advanced biotechnology industry. The development of interferon alfa-2b designed for intramuscular, intralesional, intravenous or subcutaneous injection confirms this statement. Heberon Alfa R structure is adapted so that the drug can be used in different modes of administration as stated above. Heberon Alfa R contains anti-tumor and anti-virus properties. It is intended for use in patients suffering from serious diseases such as chronic hepatitis B and C, HIV-induced Kaposi’s Sarcoma, malignant melanoma and many other neoplastic disorders. This drug is also approved for the use in children, where administration of Heberon Alfa R was proven safe and effective in children and adolescents.

Heberkinasa was created using the recombinant technology in order toprovoke a rapid and more effective thrombus degradation. Heberkinasacauses thrombus dissolution and recanalization of the affected vessel. The drug also prevents the tissue affected by ischemia to undergo necrosis. It has been demonstrated in clinical trials that recombinant streptokinase restores the ventricular function of the heart following myocardial infarction. The drug decreases the risk of pulmonary embolism and facilitates the elimination of embolus. The formulation of this drug does not contain immunogenic albumins, which directly reduces the risk of hypersensitivity and immune-mediated reactions, improving the drug’s safety profile.

Cuba produces the so-called highly active antiretroviral therapy (HAART). This treatment is intended for those infected with the HIV virus and other less common retroviruses. The formulation of the drug is specifically designed to reduce the side effects of conventional HAART drugs. This formulation reduces the abnormalities in blood cells and reduces the trend of hemoglobin depletion during treatment, which improves the overall tolerability profile of the drugs. Cuban antiretrovirals also have need shown to increase the number of virus-free CD4 lymphocytes. Decreased mortality and mortality from HIV infection has been also demonstrated in clinical trials.

Hebertrans is a highly sophisticated product containing the extract of leucocytes derived from human leucocytes that are used as the modulator of the defective immune response. The main characteristic of this medicinal product is that Hebertrans produces no side effects. It may be used in patients with defect immune system such as those receiving cytotoxic cancer treatment, those with immune deficiency (both acquired or congenital) or patients with autoimmune and allergic conditions. Hebertrans leads to the effective stabilization and normalization of the immune response.

Heberitro is a recombinant human erythropoietin. It stimulates the natural production and maturation of red blood cells, increasing the mass of red blood cells within the bloodstream. It is effective in various types of anemia caused by iron depletion. Its’ effectivity has been especially demonstrated in patients suffering from chronic kidney failure, those on HAART anti-HIV therapy, as well as in patients undergoing radiotherapy.

The sophisticated technology in Cuba allowed the development of so-called granulocyte colony stimulating factor (GCSF). Hebervital directly increases the production and maturation of granulocytes, especially neutrophils. Neutropenia is a serious risk in a patient receiving chemotherapy and may lead to the development of severe infections, even sepsis. GCSF successfully increases the number of granulocytes necessary for the effective immune response against infections. Hebervital directly decreases the risk profile of chemotherapy by mitigating the risk of severe neutropenia or bone marrow failure.

LeucoCIM is a granulocyte colony-stimulating factor (G-CSF) used for the treatment of neutropenic patients. Drug use has been proven beneficial in patients having myelosuppression following cytotoxic treatment, patients with myeloid leukemia and those with neutropenia caused by HIV/AIDS. The drug also prevents the development of bone marrow suppression in patients undergoing bone marrow transplantation.

previousHow Is Autism Seen in Cuba?

nextTREATMENT OF RETINITIS PIGMENTOSA IN CUBA