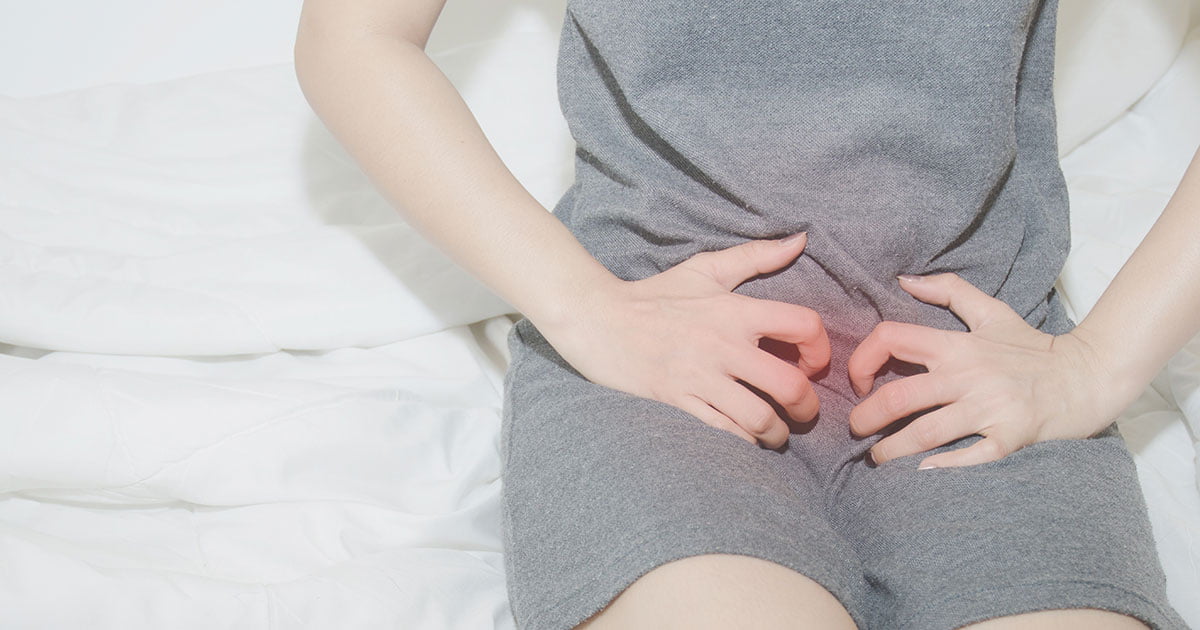 The abnormal cervical cells symptoms are considered unspecific. This means that neither a physician nor a patient can rely solely on the symptoms when concluding how severe the condition in the background may be. However, although unspecific, they help navigate the medical investigation in the right direction and make an accurate diagnosis.

We have to underline that regular checkups, no matter the symptoms, are the only way for a safe follow-up and timely detection of potentially malignant pathologies. Thus, the most important symptom for appointing a gynecologist examination is the fact that more than one year has passed since the last one.

That being said, let’s take a look at the common abnormal cervical cells symptoms some women experience and the conditions that might lie in the background.

Nabothian cysts are common and benign conditions on the cervix and are often seen as multiple cystic lesions. Their size varies, from only a few millimeters in diameter to a few centimeters (in literature, there have been reports of giant nabothian cysts with a diameter of 10 or even more centimeters, but those are quite unusual). Typically, they are asymptomatic, but they may present as a sense of fullness or pain (especially in case of larger cysts), although rarely. They usually occur after childbirth or minor trauma. Although benign, the Nabothian cysts sometimes may appear as malignant lesions, and in such cases further medical examination (MRI) is necessary to resolve the dilemma. If symptomatic, they can be surgically removed.

The condition is also known as cervical ectopy or erosion, and it is actually a benign condition. It occurs when the epithelium of the cervix inside protrudes to its vaginal portion (normally, the epithelial cells of the inside differ from those in the vaginal portion in a sense that they are less resistant to mechanical trauma). The ectropion appears as a reddish patch on the cervix (seen during the pelvic examination). It is commonly seen in adolescents, pregnant women and among those who use oral contraceptive pills (as a means to prevent pregnancy or to treat polycystic ovaries syndrome). The typical symptom is clean to yellowish vaginal discharge without odor. Also, some patients experience spotting, postcoital bleeding or painful intercourse.

Cervical polyps are commonly seen in women after the age of 20 who have had at least one child. There are two main types of these polyps:

If they grow inside the cervical canal, they are called endocervical (more common than the other type, usually seen in premenopausal women).

If they grow from the outer surface of the cervix, they are called ectocervical (more common in postmenopausal women)

Cervical polyps do not usually appear in the period of preadolescence. They look like greyish-white, reddish-purple, or cherry-red and manifest themselves as round buds on thin stems, 1-2 centimeters in diameter.

The polyps are typically asymptomatic, but in some patients can cause heavier blood loss during the menstrual bleeding, bleeding or spotting after intercourse/ between the periods or vaginal discharge (which may be foul-smelling, giving that polyps in some patients develop on a terrain of chronic infection). They are usually diagnosed on routine pelvic examination.

It is still unclear why do they occur, but the research evidence suggests that chronic infection plays certain role in their pathogenesis.

Although the lesions are benign, they certainly need a follow-up. In some cases but rarely they are mistaken to be rare forms of malignancies or become malignant themselves (the chances for malignant alteration are estimated at 1:1000).

Cervicitis relates to inflammation of the cervix, no matter its cause. It can be acute or chronic, infectious, or non-infectious. Chlamydia, gonococcus, trichomonas vaginalis, HPV, and Herpes are the most frequent infective agents that cause it. Different pathological entities act differently and carry various long term health risks. It is essential to point out that chronic inflammatory conditions can lead to several irreversible health issues, including cancer, in the long term (this “rule” applies not only to the area of the cervix but to the entire body as well). The typical symptom of cervicitis is a vaginal discharge (patients often report odor), pain (or painful coitus) or spotting (or postcoital bleeding). Quite often, the inflammation is asymptomatic and is discovered during a routine pelvic examination. Some infective agents can cause infertility, and some can cause miscarriage or severe congenital malformations. Giving the fact that the health risk connected to infective cervicitis is high and it is often asymptomatic, the Center for Disease Control and Prevention recommends screening of all sexually active women.

The condition occurs as a consequence of human papillomavirus (HPV) infection (not necessarily). But what exactly is the cervical intraepithelial neoplasia? This term is used to describe subtle changes seen in cells of cervix as they transform from healthy cells to cancerous ones. The process is slow and takes 10 to 20 years to go from CIN 1 to cervical cancer. There are three different shades of CIN 1, 2, and 3. The grading system concerns the depth to which the changed cells have reached, so CIN 1 means less than one-third of the cervical epithelium is changed, CIN 2 one to two thirds and CIN 3 more than two thirds. When it comes to grading CIN, its thickness is not the only parameter in decision making. The microscopic appearance of the cells and some biochemical markers plays a role as well.

There are more than 100 strains of HPV, and not all are equally cancerous. Types 16 and 18 are responsible for 75-80% of all cases of cervical cancer worldwide.

The symptoms of CIN are unspecific. Some patients are asymptomatic; others present with abnormal vaginal discharge or pelvic pain.

The abnormal cervical cells symptoms are unspecific. Without a routine pelvic exam in combination with other diagnostic tools (pap-smear, ultrasound, etc.), it is impossible to establish an accurate diagnosis. Also, abnormal cervical cells may be asymptomatic. This is why it is so important to do the annual checkups and follow screening guidelines (health professionals are regularly updated with these guidelines).

Generally speaking, the abnormal cervical cells symptoms include changes in the appearance or volume of the vaginal discharge, pain in the pelvic area (that may be in relation to intercourse, or occur without obvious explanation) and bleeding (abnormal bleeding of any intensity and volume).

previousWhat is the main cause of eczema ?

nextCoronavirus : All you need to know

Reach us via WhatsApp
Start a Conversation
Hi! Click one of the CubaHeal member below to chat on Whatsapp
The team typically replies in a few minutes.
CubaHeal Support