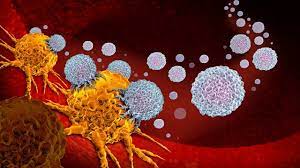 Since the production of the recombinant human form in the Center for Genetic Engineering and Biotechnology of Havana, Cuba, in 1986 Interferon Alfa 2-B antiviral drug has broken barriers in public health as an active therapy against causal agents of diseases.  an antiviral and antineoplastic drug used to treat a myriad of virus-borne infectious diseases. The drug, actin as an immune system booster, is simply a recombinant form of the human protein interferon alpha-2 reproduced outside of the body by recombinant DNA technology, exploiting microorganism fast growth.

The history of Interferon Alfa 2-B, in Cuban health history, remains prominent as it was the groundbreaking technology that led to the end of hemorrhagic dengue fever outbreak in the country in the 1980s, igniting the rise of the biopharmaceutical sector. Till today, Interferon Alpha 2-B remains a prominent tool in the treatment and elimination of several diseases and has been more recently used to fight and combat the worldwide Covid-19 pandemic.

How Interferon Alfa 2-B Works

As earlier indicated, Interferon Alfa 2-B is a recombinant form of a protein in the human body that naturally works to fight off viruses in the body. The drug works as a stimulator of the immune system and is classified under medicine as an immunotherapeutic agent. Since Interferon Alfa 2-B is a copy of a naturally occurring human protein belonging to the cytokines family, it mimics and acts the way the original protein does.

The function of Interferon Alfa 2-B when administered is to boost the immune system and assist it in fighting off foreign harmful agents. It is a communicator offering assistance to the immune system for an elongated period due to the presence of polyethylene glycol, bound to it. This act of immunotherapy as an immunotherapy treatment is what makes it useful in the treatment of cancer.

Uses of Interferon Alfa 2-B

Interferon Alfa 2-B is used in various ways to fight off several illnesses. With viral diseases, the therapeutic agent has so far been successful in the treatment of chronic hepatitis C and B. It is a popular drug in the treatment of cancer and found useful in fighting and eliminating AIDS-related Kaposi sarcoma, leukaemia, melanoma (cancerous tumours), some genital warts, and hairy cell leukaemia, amongst others.

The drug aids and upregulates the action of antibody stimulation proteins and presenting cells to act against viral proteins and improve health. It can stay in the body longer than typical interferon alfa-b. It enhances the target specificity of macrophages to trap and eliminate viral genetic material and enhances the immune system to act properly. The natural nature of the drug’s mechanism of action makes it very useful in medicine with little possibility of toxicity at the right dosage.

Interferon Alfa 2-B in Treating Covid-19

As the world battled with Covid-19, scientists from all over the world struggled to find a therapeutic solution to  reduce the effect of the deadly virus in claiming lives. In Cuba, Interferon Alpha 2-B was a solution which showed considerable promise. During premilinary cohort studies of the efficacy of interferon alfa 2-B on individuals infected with Covid-19, it was discovered that recovery in patients who had received the drug was significantly better than in patients that didn’t receive it as part of their treatment.

As a natural antiviral drug and immune booster, Interferon Alfa 2-B was a lifesaver to the public health sector of Cuba and nations around the world that adopted the drug. Although improvements were seen and experienced, its use in treating coronavirus was not without controversy and criticism.

Critics remained skeptical and indicated that very minimal studies have been conducted on the efficacy of Interferon Alfa 2-B towards eliminating Covid-19. There was also little evidence that long term use of the drug did not pose a future threat to the health of people. The critics even argued that the side effects of the treatment were quite similar to the background symptoms of the Coronavirus infection. However, with China and several other countries purchasing with no news of adverse effects and recorded toxicity, Interferon Alfa 2-B became the wonder drug that mitigated the virus to an extent as research studies for a vaccine progressed.

How Interferon Alfa 2-B Is Administered

Usually, Interferon Alfa 2-B is not advised to be taken without a prescription from a qualified and certified medical practitioner. The antiviral agent is administered intramuscularly or intravenously through injections into the muscle or skin. Shots are usually given in hospitals and medical centres by doctors or medical practitioners. However, with technology and multi-dose pens present for chronic infected sickly patients, it could be used in the home too. But it must be noted that the directions of the manufacturer and prescription by a doctor must be followed judiciously to avoid overdose and errors leading to medical complications.

Is Interferon Alfa 2-B Toxic

Generally, Interferon Alfa 2-B is not toxic to use, neither has there been reports of the adverse effects of the drug. Nonetheless, like every other drug, Immunotherapy has its side effects and specifications for use. It has been noted that sometimes, there could be swellings in the site of injection which should naturally reduce. But if the swelling gets worse, it is advised to see a doctor.

Some of its major side effects include flu-like symptoms including fatigue, fever, headache, nausea, dizziness, dry mouth, and even upset stomach upset. The side effects should last about 24hours after use. If after 24 hours, the side effects persist, patients are advised to see their doctor. Taking Interferon Alfa 2-B must be supplemented with the intake of fluids to boost immunity and strength.

Can Everyone Use Interferon Alfa 2-B?

It is very important for medical purposes to know that although everyone can use Interferon Alfa 2-B, some predisposing factors like the health status of a patient must be considered before using the drug. Typically, pregnant women, partners whose partners are pregnant, individuals with kidney disease and patients allergic to ribavirin are advised not to use it. Therefore, when on a visit to the doctor, it is of essence that you provide the right information to avoid complications with immunotherapy use.

Interferon Alfa 2-B remains an active antiviral and antineoplastic therapeutic drug in fighting against viral diseases and cancer, improving the public health sector. The immunotherapeutic agent is excellent at boosting the immune system and eliminating viral proteins and attachment mechanism, improving the health of users and sickly individuals. Nonetheless, indiscriminate use without a prescription must be avoided.