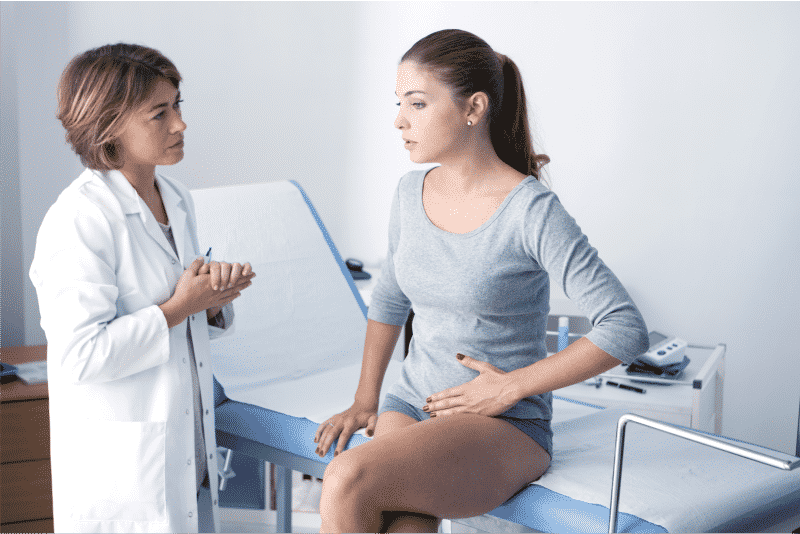 Affecting both men and women, nodules are lumps or masses that form in the breast tissue in any part of the breast and are usually benign. Nodules are removed through a small cut in the skin, if possible around the areola (the pigmented skin surrounding a nipple) or in the fold under the breast to minimize cosmetic effects. The removed tissue is then taken for biopsy to determine if it is cancerous or not.

Also known as a fibroid, leiomyoma, leiomyomata, and fibromyoma, is a condition in which benign soft tissue tumours form within the muscle tissue of the uterus. Most women with uterine myoma do not experience symptoms, few, however, experience painful or excessive menstrual periods, at times leading to anaemia. Uterine Myoma may also cause lower back pain, pain during intercourse, and in very rare cases, it can lead to infertility. Myomectomy is the preferred method for the removal of uterine myoma. This surgical procedure allows the uterus to remain in place allowing women the ability to conceive. At times however a hysterectomy (the surgical removal of the uterus) may be necessary if other treatment options have not worked.

Both of these conditions are congenital malformation as the uterine cavity is developing. A bicornuate uterus is a heart shaped with a deep indentation at the top while a uterine septumis when the uterine cavity is divided by a septum (wall). Metroplasty, also known as uteroplasty or hysteroplasty, is a reconstructive plastic surgery procedure to the uterus is the most common method of choice for the surgical correction of both conditions.

Involves the dropping down (prolapse) of the bladder (cystocele), urethra (urethrocele), rectum (rectocele) and/or small bowel (enterocele) into the vaginal canal due to weakness in or damage to the tissue.

Anterior and Posterior Colporrhaphy, a minimally invasive surgery is performed in order to restore organs to their normal position as well as to give support to and strengthen the tissues. Anterior refers to the tightening of the frontal wall of the vagina while posterior refers to the tightening of the back wall of the vagina.

The bladder herniates into the vagina coupled with bladder control problems. Anterior colporrhaphy and Kelly plication are performed in which the connective tissue between the vagina, the urethra and the floor of the bladder are stitched to form a support for the bladder.

Occurs when a part of the vaginal canal has dropped down into the opening of the vagina due to weakness and damage to the tissue in the pelvic floor.Anterior colporrhaphy as well as Vaginal cervical amputation (the removal of the neck, i.e. the cervix, of the uterus) are performed.

When the uterus drops down into the opening of the vagina due to weakness or damage to the tissue in the pelvic floor. The most common treatment method is Vaginal Hysterectomy in which the uterus is removed through the vagina.

Bartholin glands produce fluid secreted through the Bartholin ducts that moistens the outer vulva. When the ducts are blocked fluids build up forming a cyst known as Bartholin’s gland cyst. In most cases Surgical Excision of the cyst is the general procedure, however, if the cyst is too large then a Marsupialization may be required. This is a procedure in which the abscess wall is opened to allow drainage of the fluid. The abscess membrane is then stitched to the vaginal lining allowing new tissue to form and heal the wound.

Abnormal uterine bleeding that has no recognizable general medical problems. The bleeding is unpredictable in that it may be excessive or light, frequent or random . Diagnostic Endometrial Curettage which involves the diagnosis of the endometrium (tissue lining the inner cavity of the uterus) using a curette is used to remove material by scraping the walls of the uterus.

Appear alongside the ovaries or the fallopian tubes. At times the cysts may tear, bleed or become infected. Laparoscopic Exeresisof the cyst is standard procedure for the treatment of this condition.

Occurs when the endometrial tissue (the lining of the inner cavity of the uterus) appear on the outside of the uterus. Videolaparoscopy(a surgery with a small incision in the pelvis or abdomen with the aid of a camera), as well as Vaporization with Argon plasma, may be used for the treatment of this condition.

Private room with the following features: