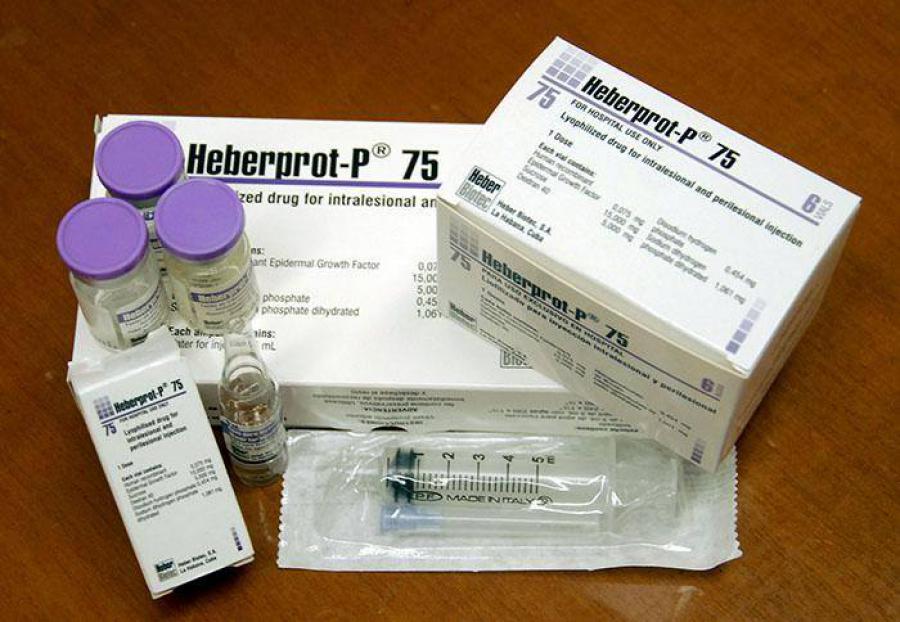 For Diabetic Foot Ulcer, Heberprot-P is a drug developed by the Center for Genetic Engineering and Biotechnology (CIGB) in 2007 in Cuba.

Diabetes is no longer considered life threatening, nonetheless diabetes and complications due to diabetes, when not under control, remain to be sixth leading cause of death having a higher mortality rate than some cancers such as prostate cancer, breast cancer and colon cancer. Of the most common and most severe complications of diabetes is diabetic foot ulcer which affects an approximate 15% – 20% of people with diabetes and frequently leads to amputation of the lower limb (about 84% of lower extremity amputation is due to this condition). 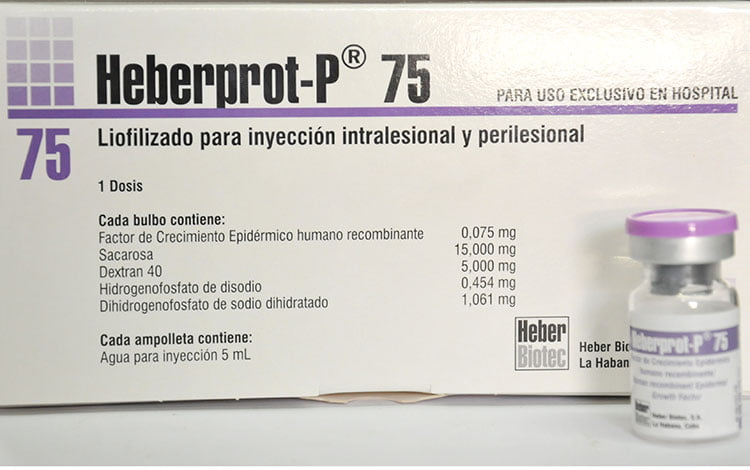 Diabetic foot ulcer occurs when an ulcer or a wound develop in an area in the lower legs or feet which do not heal or are difficult to treat leading to the exposure of the underlying tissue and becoming susceptible to infections..

It is not uncommon for people with diabetes to have diabetic foot ulcers for some time without being aware of the development.  Some of the symptoms to look for include:

Based on the Wagner Grading System, diabetic foot ulcers are rated between 0 to 5:

One of the main contributing factors to developing diabetic foot ulcer is peripheral neuropathy.(nerve damage) which arises due to an increase, ever a slight one, in blood sugar level.  Due to nerve damage and loss of sensations and the ability to feel pain, foot damage, even from such simple things as pressure from shoes or a small cut, go unnoticed and unprotected resulting in worsening skin loss, blisters and a possibility of a serious infection than may progress in a matter of days.

Narrowing of the arteries (peripheral arterial disease) due to diabetes reduces the blood supply to the feet and is another diabetic complication that contribute to the development of diabetic foot ulcers. An injury to an area with poor blood circulation takes longer to heal and is more difficult to treat making it prone to developing ulcers or gangrene (decomposition of cells due to lack of blood flow).

It follows then for diabetic people with a reduced amount of EGF have more of a likelihood to have impaired wound healing to such extremes as to develop severe complications that may require amputation of the lower limb.

Heberprot-P is an innovative Cuban product with EGF as the main ingredient given to patients suffering from ulcers that are non healing and non responding to other conventional treatments. It  remains to be the only alternative treatment to amputation for diabetic foot ulcers.  About 160,000 diabetic foot ulcer patient have been treated with Heberprot-P with success reducing the the risk of amputation by 77%.

The use of Heberprot-P for diabetic foot ulcers has a significant influence on a patient’s overall quality of life in that it not only accelerates the healing process, reduces the number of surgeries needed for the removal of damaged tissue and reduces the risk of development of such complications as infections and gangrene but it also reduces risk of amputation and reduces hospitalization costs.

Heberprot-P is parenteral administered and is free of preservatives. It has demonstrated a favorable risk–benefit and has proven to be well tolerated with mild to moderate side effects, with pain and burning sensation at administration site the most frequent.

According to the World Health Organization (WHO), Heberprot-P was registered in Cuba in 2006 and is now registered in 15 other countries, making it possible to treat more than 100,000 patients; applications for its registration are under review in other countries, including Brazil, China, the Russian Federation, South Africa and the Arab states of the Persian Gulf.

nextCuba As A Medical Education Destination