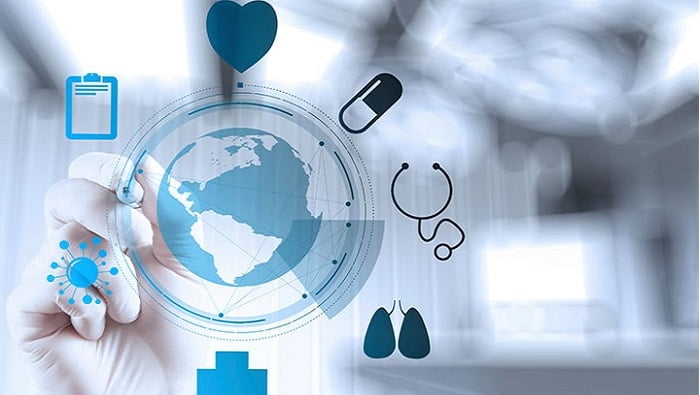 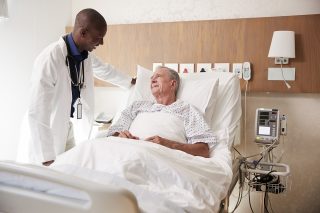 In Cuba there is one doctor for every 150 patients. This is significantly better than in any other developed country. In the UK there are 2.8 doctors for every 1000 patients. This is why it does not come as a surprise that the Secretary-General of the UN points to the Cuban healthcare system as a model which should be followed by other countries. Foreigners who have spent time in the Cuban healthcare environment have seen for themselves the many positives and negatives relating to the Cuban healthcare service. Many of them are therefore able to confirm the available statistics. Even among US citizens they are respect for how much Cuba has been able to accomplish when they themselves seem to have so little compared to other developed countries. US citizens are especially impressed by the humility and the professionalism which can be seen among Cuban healthcare workers. Even though Cuban doctors do not earn much and they are often overwhelmed because so many of their colleagues had been sent to African countries in order to assist in healthcare missions they still persist with their endeavors.

It is frequently see how Cuban healthcare workers maintain a high standard of service even when they do not have access to sophisticated diagnostic technology. It often happens that you have to wait long periods of time for basic equipment to arrive before they can proceed with procedures. Sometimes there is no running water and no electricity but still healthcare workers find a way to overcome those obstacles and they still manage to deliver a high standard of healthcare. Many Cuban doctors maintain that healthcare is about the need to help others and not so much about personal welfare. Even though this is a concept which is taught in most medical schools it is not something which is seen in actual practice. However, Cuban doctors are the exception. According to statistics the healthcare for a single Cuban is between 300 and $400 per year.

Many health professionals continue to be amazed about the fact that Cuba has been experiencing extreme problems for the last six decades because of US economic sanctions. Nevertheless, it still has one of the best health systems in the entire world. In fact, it continues to deliver a higher standard of healthcare than many other developed countries including the US. This is because of the commitment of Cuba to prevent health problems. There is also community oriented primary health care available everywhere. It is an ongoing struggle for healthcare providers to maintain their high standard because of shortages in medicine. It still continues to improve its national healthcare. Another interesting statistic is the fact that Cuba spent 23% of the national budget on healthcare. A further 50% is spent on education which is almost double as much which is allocated for education and healthcare in the US.

Cuba has its own state owned pharmaceutical industry. One of the priorities of this industry has been the production of treatments which can be used for Covid 19. It also produces another 21 products which are being used to combat the virus. Many healthcare providers all across the planet are in agreement that the success of the Cuban health system is an example to the rest of the world. As far as education is concerned Cuba has the world’s largest medical schools. A perfect example is the Havana Latin American School of Medicine. This institution has provided free education to over 35,000 students from 138 countries in only 20 years. Students coming to these medical schools will receive full tuition and this will include accommodation, textbooks, meals and even a small income. All of the students are encouraged to provide their services to poor communities. This has the result that Cuba currently have over 50,000 doctors which is active in more than 60 countries which is substantially more than the current efforts by other developed countries. The inescapable reality is that this tiny island nation which have encountered so many obstacles over many decades have still managed to improve the lives of so many people.

It seems in many countries the original concept of what it means to be a doctor has been lost. This is not the case as far as Cuba is concerned. In this country there is a persistent attempt to reverse the trend seen in other developed nations where patients are increasingly viewed as customers and clients while healthcare provider is becoming service providers. There are so many problems as far as healthcare is concerned all across the planet. There is the current corona virus pandemic and in many places there are difficulty when it comes to access to healthcare. In many places healthcare systems are collapsing especially at a time when such services are critically needed. The sad reality is that despite many sophisticated technologies constantly emerging and also the success of medical science we currently see a situation where it seems we have so many problems when it comes to caring for our own.

An army in disarray

There are long list of problems all across the planet which continues to prevent countries from providing optimum healthcare for all of their citizens. It seems there are simply not enough health workers and those which are available are not properly trained or they have not been properly distributed. The result is that there are many health systems that simply do not have sufficient personnel. This is especially true in developing countries. It is frequently seen that health systems do not have enough personnel; there are simply not proper leadership and effective organization. Although it is certainly true that Third World countries experience the most problems it is also true that there are many affluent nations where there are also many problems.

No other country has done more than Cuba to bring about a change in the healthcare problems of this planet. They have done so much with their medical education system which has the result that there are more than 24,000 Cuban health professionals active in over 60 countries. This has encouraged more than 10,000 international students to enroll in a full scholarship at one of the Cuban medical school. The healthcare situation in Cuba was not always so efficient. After the revolution of 1959, 3,000 of Cuba remaining 6000 physicians immigrated. However Cuba immediately started to educate students coming from developing countries training them with their own students. From the start there was a commitment on the part of Cuba to make a difference as far as international healthcare systems was concerned. Over the years thousands of international students have graduated from Cuban medical school. In fact there are many of those graduates who are today secretaries of health and some are even involved in the health ministries of other countries.

Many other countries benefited from the educational system of Cuba. This includes Yemen, Guyana, Ethiopia, Uganda, Ghana, Gambia, Equatorial Guinea, Haiti and Guinea Bissau. Cuba was also involved in other countries such as Venezuela, South Africa, Peru, Paraguay, El Salvador, Ecuador, Dominican Republic, Colombia, Brazil, Bolivia and Angola. Many of these countries have benefited from Cuban professors who provided them with assistance as far as their medical education was concerned. The reality is that the world today and in particular underdeveloped countries would have been in a desperate situation if it had not been for the Cuban influence in global healthcare systems. It is remarkable how much of a difference this tiny country has made.

nextEffects Of Sleep Deprivation On The Brain