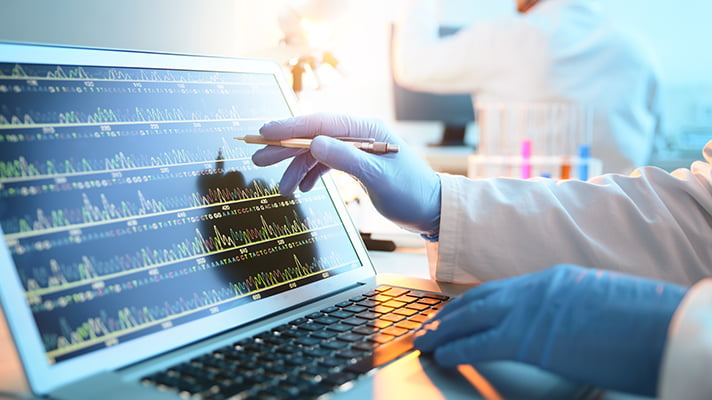 Cuba is a West Indies country, the largest and most influential in the Caribbean region. The country is dominated by Arawakan speaking people and famous for raw sugar production. The country has overtime progressed in systems, institutions and people-based policies since it was claimed for Spain in 1492.  The island of archipelago has a functional education structure and well systemized medical education which is not only leading in the Caribbean region but globally recognized.

The integrity and globally respected medical ingenuity in Cuba are demonstrated in the production of COVID-19 vaccines and its thorough administration in the island country. The Caribbean island produced Abdala, Soberana and Mambisa to prevent the prevalence of coronavirus.  Cuba’s production of the vaccines becomes a testament to the high-flying medical experts and research ongoing on the island. The vaccine successful production helped Cuban authorities achieve low death rate at the full-blown virality of COVID-19; recording 146 deaths in 11.2 million country population.

Cuban medical schools are making high strides in cutting-edge research and result-focused learning because the country prioritizes education and authorities support intensive research especially in medical fronts. The freedom for scalable medical research in Cuba has been a consistent handling of epidemic and pandemic in the country which has gained worldwide recognition including endorsement from World Health Organization (WHO). Medical education in Cuba is practical-oriented and involves the integration of research-backed medical theories and principles into real-time and practice-supported medical teaching and learning.

Doctor of Medicine in Cuba

Training for the Doctor of Medicine in Cuba comes with attaining a Spanish proficiency for non-Spanish speakers. Students can take a proficiency test in Spanish to meet the language requirement. Spanish learning is foundational in Cuban medical school and useful for teaching, learning, interaction purposes at the medical school and graduate practice. The training for Doctor of Medicine in Cuba takes 6 years plus a one-year Spanish training for non-Spanish speakers.  A bachelor degree in medicine prepares students for medical profession that is cherished beyond the Caribbean island. Cuba boasts of doctors in their hundreds who are on exchange programs in different countries including helping to widen medical reach in Brazil and Venezuela—the well-trained medical doctors from Cuba excel at these exchange programs mostly international. Cuba’s record of high-ranked medical education and schooling resources are traceable to the revolution of Fidel Castro which has remained a game changer in the history of the most influential country in the Caribbean region.

In noting the legacy of excellence in Cuba’s doctor of medicine program, a study conducted on Cuba-trained South African doctors showed that, the students turning doctors were exposed to the core of medicine and they had practical medical experiences in the program. Cuba’s medical education is considered useful for South Africa especially in rural health care, community medical reach, tuberculosis and HIV diagnosis and care.

Doctor of Medicine Curriculum in Cuba

The doctor of medicine program in Cuba progresses from the Family Doctor Programme dominated between 1980 and 1990 to the modern medical education curriculum. The Family Doctor Programme was centered around using individuals and members of the community to support medical teams. This idea of collective medicine was targeted at preventing diseases and responding to the growing medical demands in Cuba.  Primary health care was at the fore of the educational design and a community-based medical structure was adopted. The implementation of neighborhood-centered medical system initiated the use of hubs for medical consultation attending to 20 to 40 patients. Social institutions were targets of the medical system and doctors were trained mainly for epidemic prevention and need-based treatment. Cuban’s medical system was overstretched and meeting the public medical demand was difficult.

To attend to the overbearing nature of medicinal need in Cuba, doctor of medicine curriculum was revised to cater more for the public and strengthen health institutions, facilitators and students in medical industry. The revised curriculum births the University Polyclinic Project.

The University Polyclinic Project began in 2003 and has transcended in achievement, the medical records of the prior ‘what and how’ of medical education in the country. PPU is a 6-year program that integrates general medicine into surgeries, primary health care, hospital management, basic sciences, clinical sciences, and morpho physiology. Morpho physiology is a combination of biomedical sciences which include molecular biology, physiology, anatomy, histology, embryology, and pathology among others. PPU has created a medical education that allows students move from one learning level to another; combining theories and practical, and practicing classroom knowledge on the field. Medical students are placed under medical tutors who supervise them as they practice medicinal skills in hospitals and health care centers; this has fast-tracked access to doctors in Cuba and grossly improved health and medical sustainability in Cuba. Updated and modern medical resources are utilized by seasoned medical teachers to bring medical students to real-time and globally-demanded medical skills. Students are trained with research intensive resources and tools including audios, videos, seminars, workshops, independent analysis and group studies. Pedagogic and language training are included in the final level of Cuba medical education; targeted at effective patient-doctor communication in practice.

Why Cuba is the best Place for Medical Education

Cuban medical education creates space for all students to learn without fear or racial discrimination. The accommodation of all students without preferential treatment has placed Cuban medical schools in the to-go list among schools in the Caribbean region. Fidel Castro’s initiative of free medical education for Afro-indigenous and less privileged Americans has reformed the country’s education system and position it globally. Black and Latino students are admitted to Cuban medical schools on merits and they make up to 6 percent of annual medical graduates in the country. Cuba’s excellence in the doctor of medicine program is reflected in the pluralized access to medical care in the country—shown during the COVID-19 pandemic especially with rapid public enlightenment and vaccination. Cuban authorities delight in the medical system and education of the country because, the island country rivals the United States in life expectancy rate while having a lower child-mortality rate when compared with the US.

Cuba has built a long-standing reputation in strategically turning problems to solutions. Problem to solution repute of Cuba is seen in the authorities turning the US economic restrictions to medicinal and public health advantages. Rather than struggle due to inadequate access to medical facilities, Cuban authorities facilitated strengthened and early diagnosis for medical cases; helping to implement preventive measures in combating ailments. Cuba has a practical and solution-centric medical education system and this was during the pandemic where medical students were deployed for contact tracing and trained for vaccination. Engaging medical students for medical care during the pandemic shows how the country prioritizes hands-on learning in medicinal treatment.

Communities and rural areas in most countries have high record of less medical attention. The case is different in Cuba because rural settlements are centralized locations for medical practice and internships in Cuba. Rather than have students cluster in the urban, medical tutors allow students move from one house to another in specified community to reach out to people—as students gain wider medical experience from human and real practices, Cuban residents get effective and near-free access to medical care.

Dreaming of attaining medical education in a globally recognized institution? Then, Cuba is your right choice. The island country leads in doctor of medicine program that is people-centered and tops among contenders. Less privileged but diligent high performing students are catered for in Cuba with the Latin American Medical School that comes at no cost.